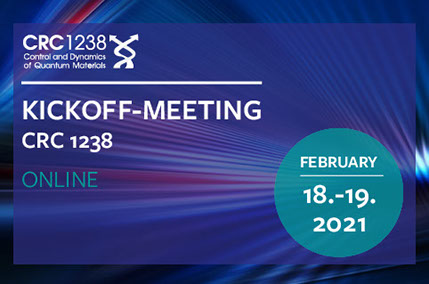 Theoretical physicist Hans Bethe predicted in 1931 that complex bound states of magnons – Bethe strings – could exist in one-dimensional quantum magnets. After the first experimental observation in 2018, Dr. Zhe Wang (Institute of Physics II, University of Cologne) together with colleagues from Berlin, Cologne, Didcot, Dresden, Grenoble, Mumbai, Shanghai and Vancouver now report further experimental evidence for the existence of the many-body string states in a one-dimensional quantum magnet in the journal Nature Physics. 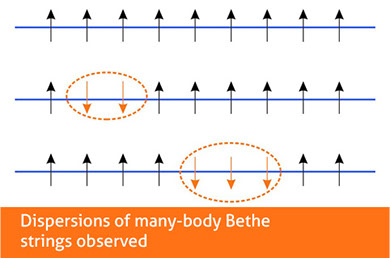 Corinna Kollath became fellow of the American Physical Society in 2020 “for studies of low dimensional correlated systems, in particular out of equilibrium, using a combination of analytic and novel numerical approaches”. 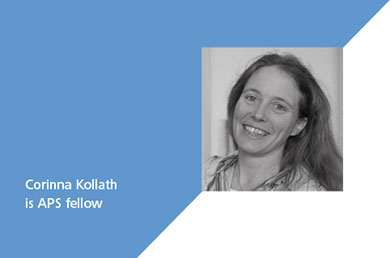 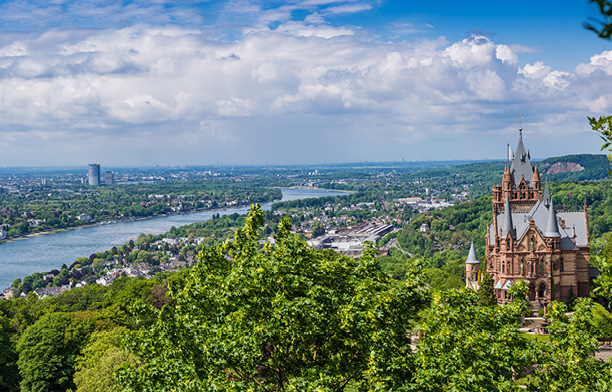 Gender bias is “the tendency to prefer one gender over another. It is a form of unconscious bias which occurs when one individual unconsciously attributes certain attitudes and stereotypes to another person or group of people. These ascribed behaviors affect how the individual understands and engages with others.” (more information) 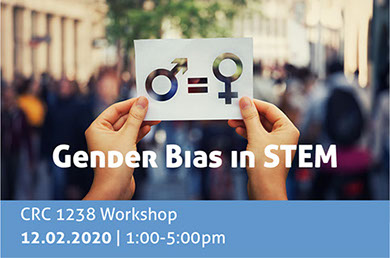 Congratulations to Dr. Jens Brede, Dr. Oliver Breunig, Dr. Christian Dickel, Dr. Jeison Fischer, Dr. Boris Senkovskiy and Dr. Shilong Wu, six promising young researchers who have been awarded a CRC1238 Independence Grant. This grant will allow them to become more independent and help their own career by supporting their travel and own project’s costs. 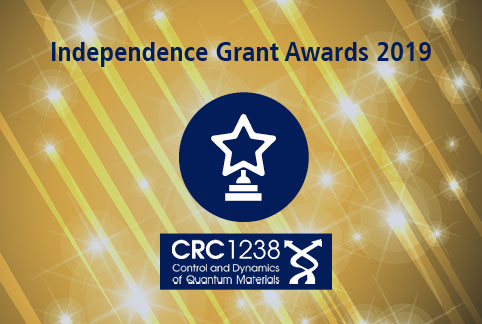 A group of physicists at the Institute of Physics II have, for the first time, seen a particularly exotic electron behaviour in real space. Electrons usually move almost freely through three-dimensional space. However, when they are forced to move in only one dimension – i.e. along a chain of atoms – the electrons’ properties seem to split up. They normally have both a ‘spin’ – a quantum mechanical angular momentum – and a charge. In one dimension however, they stop behaving like normal electrons due to their strong interaction with each other. Instead, they divide into two types of quasi-particle that carry either the spin or the charge only. Until now, this phenomenon could only be shown indirectly by physicists’ experiments. Recently, an international team lead by Professor Dr Thomas Michely has created one-dimensional wires, in which they could locally observe this rare behaviour of trapped electrons for the first time, using a scanning tunnelling microscope. With this new find the limits of the Tomonaga-Luttinger Liquid theory – which explains this strange phenomenon – can be tested with new precision. 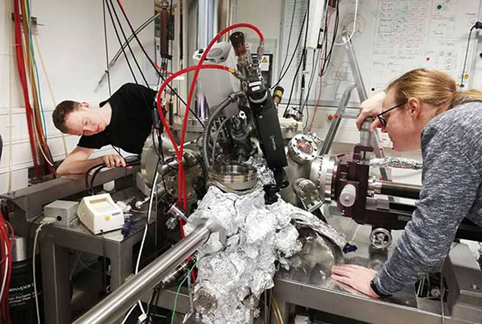 The Web of Science Group has identified Yoichi Ando as one of  the world’s most influential researchers for 2019 demonstrated by the production of multiple highly-cited papers that rank in the top 1% by citations for field and year. 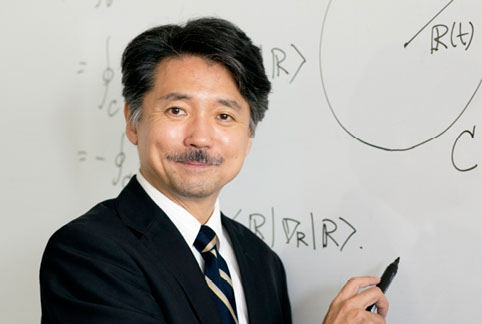 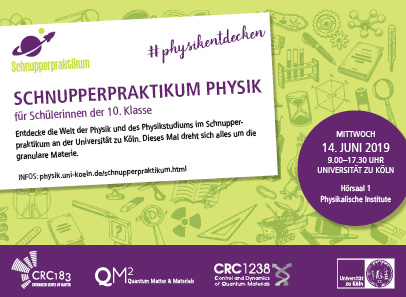 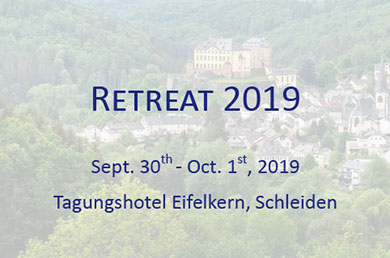 Dr. Zhe Wang receives the Walter Schottky prize “For his pioneering work in the field of quantum magnetism, in particular for the experimental detection of so-called Bethe strings using THz spectroscopy at very high magnetic fields.” Zhe Wang has been working since 2019 at the Institute of Physics II on the high-intensity THz experiments. Our congratulations to Dr. Wang for this outstanding recognition of his work! 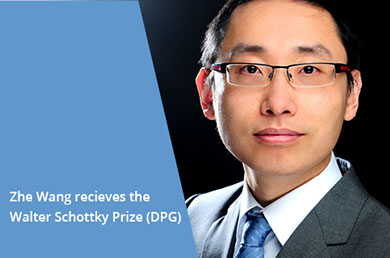 Dr. Maria Hermanns, who has only recently left the Institute for Theoretical Physics for a junior faculty position at the University of Gothenburg, has been awarded a prestigious Wallenberg academy fellowship. Upon accepting the Wallenberg fellowship Maria will relocate her expanding group to the University of Stockholm.

We very much congratulate Maria! 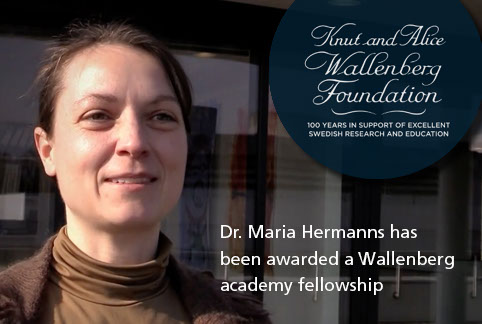 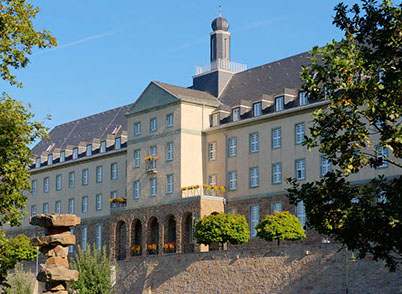 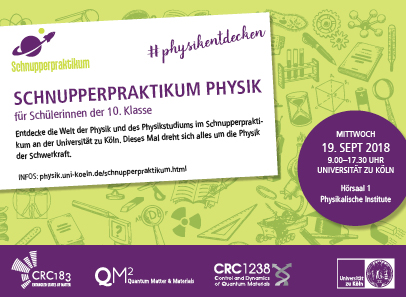 Copper pyrazine dinitrate is established as an experimental paradigm of a quantum phase transition.

The group of Prof. Thomas Lorenz measured a comprehensive set of thermodynamic data of copper pyrazine dinitrate with a particular focus on the magnetic-field-induced quantum phase transition in this spin-chain material. In cooperation with  Priv.-Doz. Markus Garst (TU Dresden) and Prof. Andreas Klümper (University Wuppertal), the experimental data could be reproduced by theoretical models with an extraordinarily high degree of precision. This study realizes a prime example of a quantum phase transition that will serve as an important reference for further research in this field.  press release 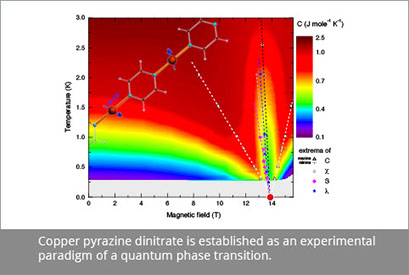 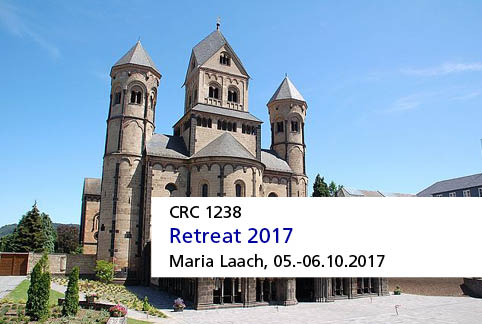 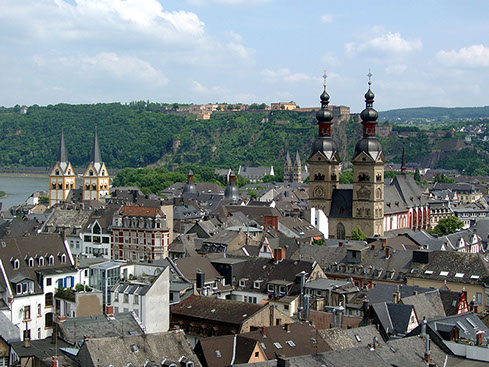